What Are Scratch and Dent Appliances?

You've probably seen the term "scratch and dent appliances" bouncing around, and have a vague idea of what it means, but haven't thought about it too deeply. It is kind of a broad category of appliance sales. Most people, when shopping for new, won't buy something that's been scratched, dented, or had any kind of surface damage, and some retailers specialize in moving this kind of product.

it's kind of an inevitable result of the transportation of goods. You've seen it in grocery stores more often than you probably remember. A box of food with the corner crumpled in. Almost certainly nothing is wrong with the food, but likely you've passed it over. Can't be too safe when it comes to food, right?

With appliances like washers and dryers and refrigerators, it's almost always scuffed from being moved around. Or floor models from appliance stores seem to inevitably get hit by grocery carts. The damage is only skin deep, but appliance retailers can't sell them for new appliance prices.

Scratch and dent appliances are retailed by dealers who specialize in scooping up floor models and other dented products at low prices from retailers who can't sell them and selling them to people who want a new appliance but don't want to spend new appliance money. The damage is all superficial, the products are often new, but there's unsightly scratching or, commonly, dents and dings in front-facing panels.

You might be wondering, who buys them? Well, anybody who wants a new washing machine but doesn't want to pay full price, which is a lot of people. Even when the product is on sale, an appliance is quite a spend.

But also, there's plenty of people who find a slightly marred surface reassuring, such as consumers who view any shiny and new surface as an accident waiting to happen. If the surface is already a little dinged, the anxiety around possibly ruining something is just out the window. Also, parents, who recognize that keeping something shiny and new in a houseful of kids is an uphill battle and have already decided this isn't the hill they want to die on. Some consumers just want a brand new appliance for a great price, and just don't care that much about the appearance of an appliance that almost nobody else is going to see.

You can learn more about scratch and dent appliances by contacting local suppliers. 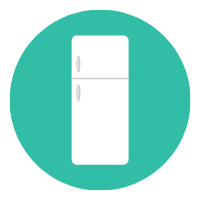 When it comes time to dress yourself, you spend time looking for the perfect pants, shirt, socks, and jewelry. What about when you're trying to outfit your home? Then, you need to find the right appliances. You not only need kitchen appliances, like an oven and a fridge, but also other appliances, like a washer and a dryer. Each appliance has its own features to consider, so shopping can take a while if you are not sure what you are looking for. Learn a bit about appliance sales and the key considerations you should make right here on this website.

Reskinning Supermarket Cases
31 January 2023
If minimal disruption and reduced costs appeal to you, reskinning your supermarket cases may be a better option than investing in brand-new cases. Lea …

Shop For A Barbecue Grill That Will Be Adequately-Sized
5 December 2022
Some charcoal grills and gas grills will accommodate cooking a wide range of items at the same time. A grill's cooking platform or burner setup or the …

Dishwasher Selection Tips: Considerations To Get The Right Model
5 May 2022
If you've decided that the time has come to install a dishwasher in your home, you've probably started looking at the options. For those who have neve …